US President Donald Trump, is still refusing to give up the US Presidency without a fight.

After losing the electoral vote to Joe Biden in the just concluded election, Trump has refused to concede, alleging high level voter fraud. He has since promised to begin an all out legal assault on the electoral results in some battleground states. 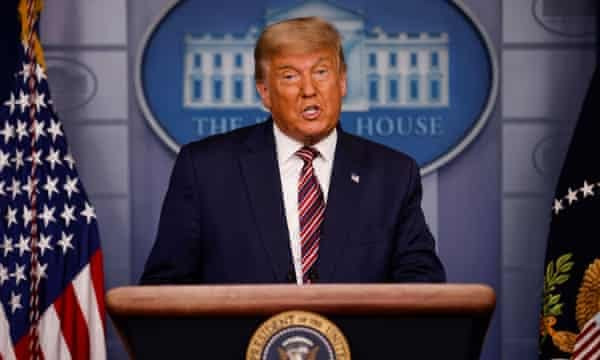 On Sunday night, November 8, Trump took to his Twitter page to write;

“Since when does the Lamestream Media call who our next president will be? We have all learned a lot in the last two weeks!”

Trump supporters including former Nigeria Minister of Aviation, Femi Fani- Kayode (FFK) have all reacted to his tweet.

After the votes are counted, then the media declares which candidate got the most votes

Thanks doctor! But the votes need to be audited for fraud! Stick to medicine!

That’s it, that seals the deal. I’ve been a U.S citizen for 69 years and in all my time of being one I have never seen an election this rigged. I’ve had enough of it…until you fix this country. I’ll be packing my bags to China where they actually know how to run a country. BYE

I say revote. The illegal ballots are mixed in with the illegal ballots. They’ll just recount them also. EVERY state needs to revote in person. NO MAIL-INS! Except military who necessary. If dead people want to vote, they’ll have to come out of their graves!

Don’t concede Mr. President. Litigate. Voter Fraud clearly exists, now, more than ever. You will win this — don’t let up!

Strange. You announced you won & gave an acceptance speech as soon as the media called the race in 2016. Why didn’t you wait until the results were certified then?

Yes but the AP has no right to declare who is president. We are not finished yet, that’s like wiping before you take a shit.

Tomorrow…..the TRUMP legal team begins all out war against Voter Fraud. Hold on……