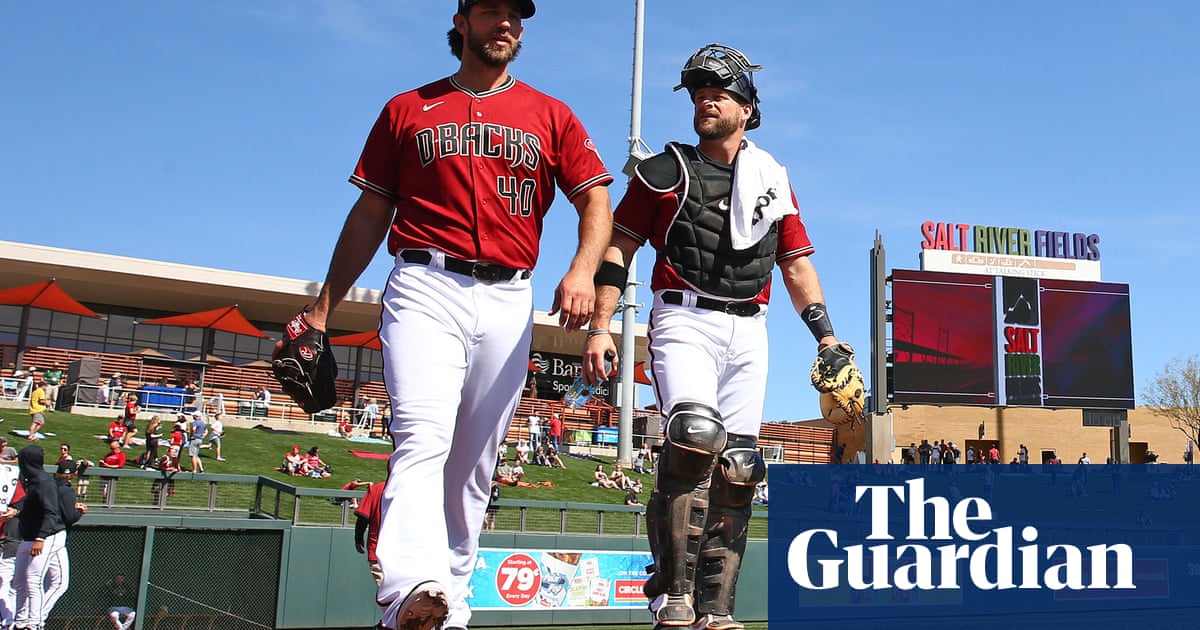 According to multiple reports this week, the season would start in May with teams traveling to play each other in Arizona. There are 10 ballparks within 50 miles of each other in the Phoenix area, and one Major League stadium: Chase Field, the artificial turfed, enclosed, air conditioned home of the Arizona Diamondbacks, that could host daily triple headers. The other venues are open-air, and will be stiflingly hot during the Arizona summer, so any games in those parks would presumably need to be played at night. Fans would not be allowed into the stadiums.

MLB would be creating a bubbled world of baseball players, personnel, broadcasters and, presumably, press who would be tested for Covid-19 continuously. Blood tests which could produce results in roughly 15 minutes were recently approved by the US FDA, and are a major reason there is any possibility of sports leagues returning to action. Moving people around this Covid-19-free zone would require discipline. All involved would follow a strict regime, moving from hotels to stadiums and back, for a stretch of at least four months, during which time there would be little to no contact with those outside the bubble, a list that includes family and friends.

Then there’s the on-field details, as reported by ESPN’s Jeff Passan. Possibilities include a “robot umpire” presiding over an electronic strike zone to keep the umpires away from the catcher and batter, the elimination of all meetings at the mound, seven inning double-headers to cram in as many games as possible, expanded rosters, and players sitting in the stands instead of the dugout, so they can stay at least six feet apart.

MLB, it should be noted, did not confirm the reports this week of the plan but neither did it deny them. “MLB has been actively considering numerous contingency plans that would allow play to commence once the public health situation has improved to the point that it is safe to do so. While we have discussed the idea of staging games at one location as one potential option, we have not settled on that option or developed a detailed plan,” the league said in a statement on Tuesday.

Why is baseball so desperate to restart?

MLB is first and foremost a business, one that generates $10bn a year. And so the league is keen to squeeze anything it can out of what 2020 can offer. The television networks whose contracts help keep the lights on are drooling for live content, and baseball getting itself out there first would be an enormous boost for its clients. Meanwhile, the players are currently receiving roughly $140,000 each for the first 60 days of the season, which had been due to start in late March. After that, their paychecks would be pro-rated based on the number of games played, so the players’ union is highly motivated to play ball with ownership.

It would be cynical, however, to suggest that money is the only thing at play here. Baseball is no different than any other sector that is struggling to deal with the pandemic. People need a purpose, and getting back to business and reclaiming the sense of normalcy stripped away by Covid-19 is surely a goal shared by anyone whose careers have been impacted by the pandemic.

Why could it work?

It comes down to the accuracy of instant Covid-19 testing. Reliable testing would mean those inside the baseball bubble would have the security of knowing that they and everyone around them are safe.

‘Everything went to hell’: stadium workers on the US sports shutdown

It’s also an opportunity for a sport that many believe is on the decline to grab the limelight. In 1942, during World War II, baseball, facing the prospect of a canceled season, got the “green light letter” from President Roosevelt, who said “I honestly feel that it would be best for the country to keep baseball going.” For some, that sentiment rings true today and MLB would be in a similar position: delivering games to a public desperate for the distraction of sports.

And then there’s another opportunity: one to play mad scientist with a game normally handcuffed by tradition. How would seven-inning games actually feel? Would we miss the two innings? How would eliminating trips to the mound impact games? We’d finally get a look at that electronic strike zone the game has been flirting with for years. Some of the changes would stick, some wouldn’t, but there’s a chance to play with new rules inside the grand old game.

Why wouldn’t it work?

When does baseball cease to be baseball? Shortened games with inflated rosters played at neutral sites, devoid of fans, and, of course, the lack of the legitimate, meaningful statistics which are so central to baseball’s fabric: it’s a version of the sport which could quickly devolve into farce.

And when it comes to the health of the participants, again, it goes back testing. If the tests fail, lives would be in danger, and that is exactly why leagues suspended play in the first place. Not to mention the multi-leveled, complex, potentially risky logistical work it would take to pull this off safely. And players, of course, may not want to be away from their families for four months, particularly in the middle of a pandemic.

It’s also worth asking, why should a wealthy industry have the privilege of restarting its business and putting its employees to work at precisely the same time that millions of now unemployed people across the country wait for their turn to try and get back into the job market?

And just how appropriate is it to move mountains in order to get professional sport on television while hospitals overflow, body counts pile up and deaths are mourned. Perhaps taking such extraordinary lengths to play a ball game sends the wrong message to workers making daily sacrifices, to families who have lost loved ones. Perhaps it makes the most sense to abandon the season in the name of a safer, fresher, more hopeful spring in 2021.

Call me Authormier, I am a blogger with Nairalovers. You can also be a blogger like me, all you need to do is register and start writing. This site is a public plateform for anybody that want to write anything. No special requirements.