Donald Trump doubled down his attacks on the World Health Organisation last night and branded its handling of the pandemic a ‘disaster’.

The President lashed out at the UN agency for blindly regurgitating information from Beijing and said it has ‘missed every single call’.

He said the United States had been ‘foolishly’ pouring money into the WHO and justified his decision to cut its funding.

Trump made his scathing assessment of the WHO in the shadow of the Lincoln Memorial in Washington DC at a Fox News virtual town hall meeting.

He said: ‘The World Health organisation has been a disaster everything they said was wrong and they’re China-centric. 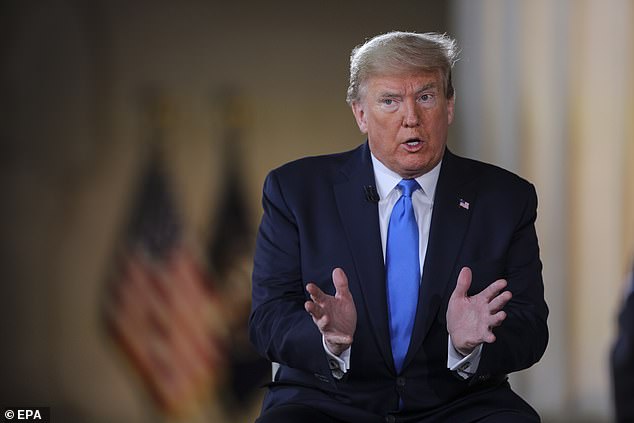 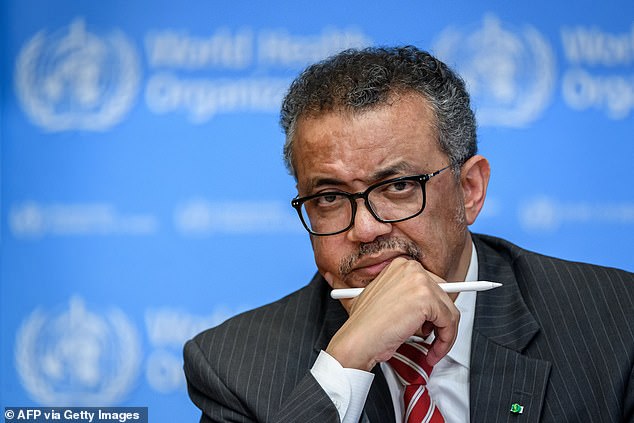 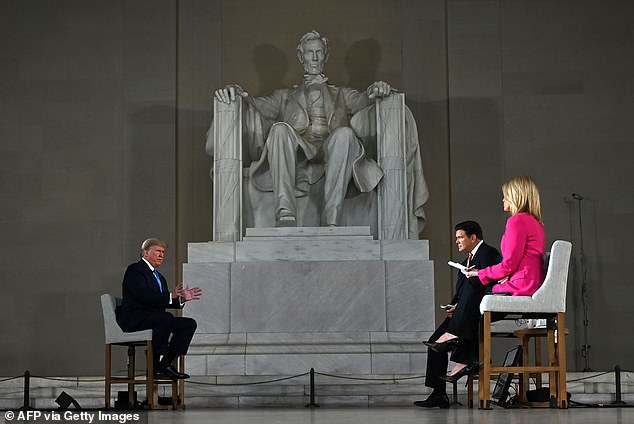 ‘All they do is agree with China, whatever China wants to do. So our country, perhaps foolishly in retrospect has been paying $450million a year to the World Health Organisation and China’s been paying $38million a year but they were more political than all of our leaders previously.

‘What they did, what World Health did, was they missed every single call and we’re not going to put up with it.’

Relations between Washington and the WHO has soured throughout the crisis after Trump consistently accused the bodyof siding with China, saying it has been hand-in-glove with Xi Jinping in covering up the outbreak.

Director-general Tedros Adhanom Ghebreyesus has hailed China as an exemplar of how to handle an emergency despite widespread skepticism of the country’s official coronavirus death toll.

Trump last night pinned the global coronavirus outbreak squarely upon China, which he accused of a state cover-up after making a ‘horrible mistake’.

The president continued to point the finger at Beijing and fueled growing suggestions that COVID-19 spread from a Wuhan laboratory before snowballing into a worldwide pandemic. 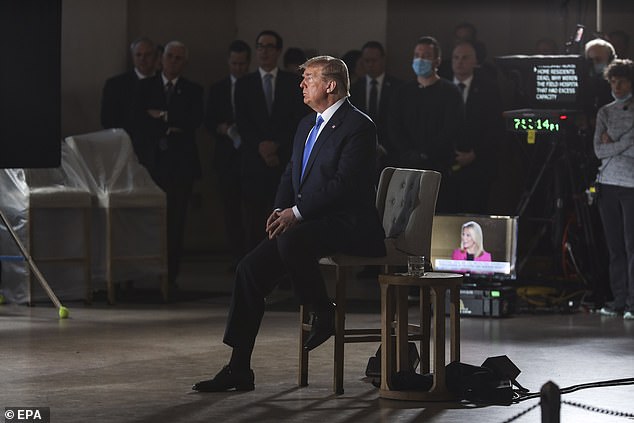 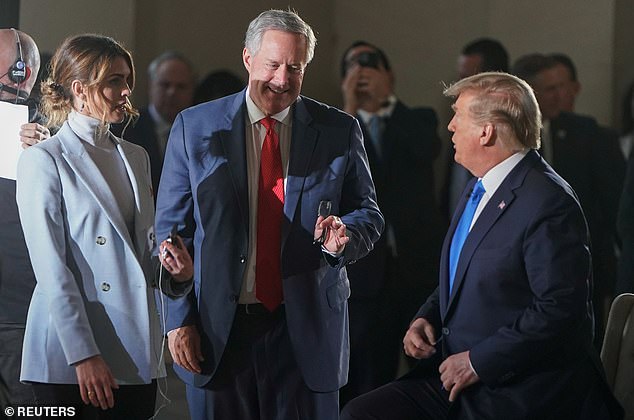 ‘Personally, I think they made a horrible mistake, and they didn’t want to admit it,’ he added.

His comments came as a Department of Homeland Security report shared on Sunday revealed US officials believe China ‘intentionally concealed the severity’ of the pandemic in early January and hoarded medical supplies.

The four-page report dated May 1 that was obtained by the Associated Press notes that China downplayed the virus publicly but increased imports and decreased exports of medical supplies. 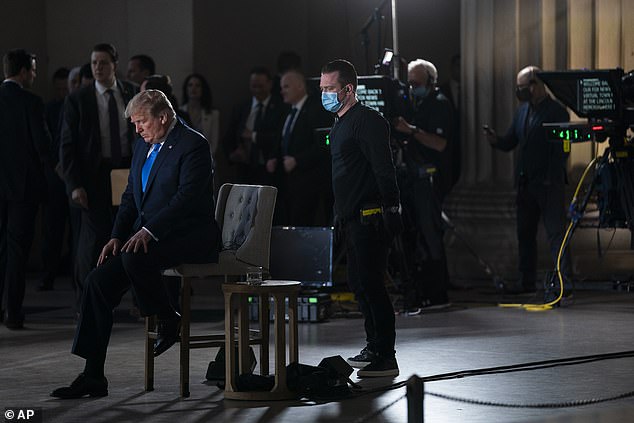 The document accuses China of covering their tracks by ‘denying there were export restrictions and obfuscating and delaying provision of its trade data.’

It lends weight to a leaked dossier drawn up by the Five Eyes intelligence alliance which describes how Beijing made whistleblowers ‘disappear’, destroyed early virus samples and scrubbed the internet of any mention of the disease in the early stages.

In Sunday’s virtual town hall, Trump said that China failed to admit their mistake in refusing to accept global aid.

‘We wanted to go in, but they didn’t want us there. Even World Health wanted to go in – they were admitted but much later, not immediately. They made a mistake, they tried to cover it, like a fire…They couldn’t put out the fire,’ Trump said.

He condemned the Communist nation for not alerting global leaders on the severity of the outbreak while continuing to allow flights to exit China.

‘They knew they had a problem, I think they were embarrassed by the problem,’ Trump added.

When asked about President Xi, Trump said ‘I’m not going to say anything’ but ‘this should never have happened’.