U.S. officials moved Friday to cut off Chinese tech giant Huawei from global chipmakers, ramping up sanctions on the company seen by Washington as a national security risk.

The move is part of a ramping-up of attacks on China, with Donald Trump and his administration accusing it of being culpable for the spread of coronavirus.

Hostility to China is set to be a central theme in his re-election campaign.

The Commerce Department said it was broadening its sanctions enforcement to include semiconductor designs that are developed using US software and technology.

Officials said Huawei had been circumventing sanctions by obtaining chips and components that are produced around the world based on US technology.

‘This announcement cuts off Huawei’s efforts to undermine US export controls,’ the Commerce Department said in a statement.

The restriction ‘puts America first,’ and the U.S. government will have to wait and see if China retaliates, senior U.S. officials said in a call with reporters. 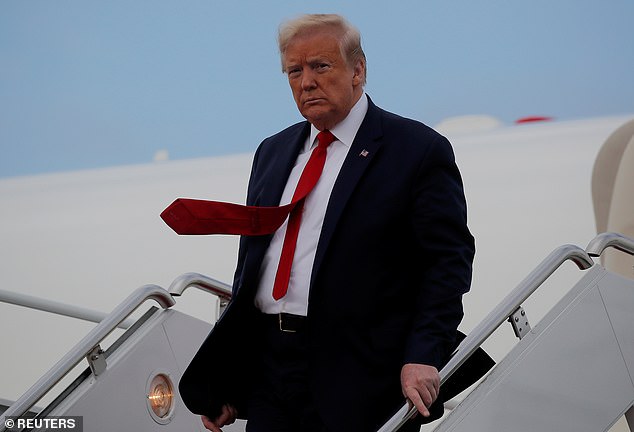 ‘America first.’ Donald Trump’s move on Huawei was described as being in line with his election pitch of hostility to China and encouraging domestic manufacturing 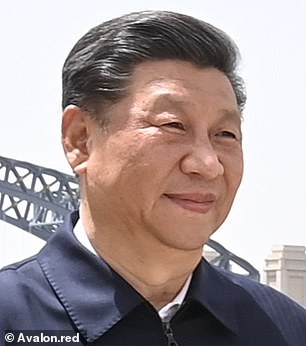 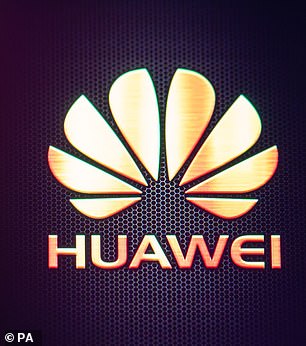 Bit in contrast, China said it is ready to put U.S. companies in an ‘unreliable entity list,’ as part of countermeasures against Washington’s move, the Global Times reported on Friday.

The measures include launching investigations and imposing restrictions on U.S. companies such as Apple, Cisco Systems and Qualcomm as well as suspending purchase of Boeing airplanes, the report said, citing a source.

The Global Times is published by the People’s Daily, the official newspaper of China’s ruling Communist Party. While the Global Times is not an official mouthpiece of the party, its views are believed to reflect those of its leaders.

The Commerce Department said it would ‘narrowly and strategically target Huawei’s acquisition of semiconductors that are the direct product of certain US software and technology.’

Commerce Secretary Wilbur Ross said in a statement that even as Huawei seeks to develop its own components in response to US sanctions, ‘that effort is still dependent on US technologies.’

The move is the latest aimed at Huawei, one of the world’s biggest tech and smartphone firms, which US officials say has been stealing American trade secrets and aiding Beijing’s espionage efforts.

Huawei has denied links to the Chinese government, and the sanctions have heightened US-China trade tensions.

US officials said the new rules would have a 120-day grace period. After that, any chips destined for Huawei or its affiliates would be required to have a license.

A senior State Department official, who joined a call with journalists on the new actions, said the move would not necessarily deny Huawei access to these products but require a license allowing Washington to keep track of the technology.

‘One shouldn’t jump to conclusions on what the impact will be,’ the official said.