A mother has shared her mouthwatering recipe for creamy nachos which she makes using just five ingredients – and a slow cooker.

Tabitha Harris Miller, from the US, revealed she mixed all of her ingredients together in a slow cooker and left the creamy mixture for four to six hours, before serving it with crispy nachos.

She shared her results with the Crockpot/Slow Cooker Recipes & Tips Facebook group – and many couldn’t wait to try it out for themselves.

And luckily for them, Tabitha shared her ingredients list, which included two cans of chicken soup, drained canned beans, and shredded cheddar cheese. 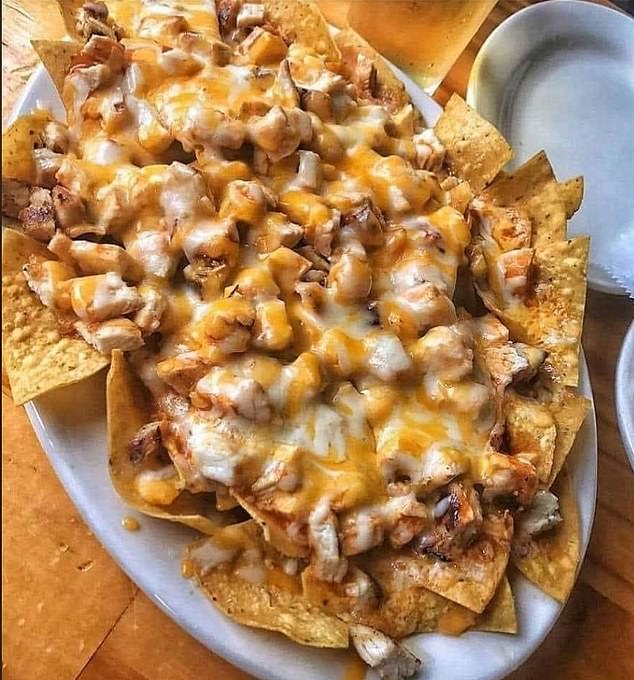 Tabitha Harris Miller, from the US, revealed her recipe for creamy-loaded nachos, which she created using a slow cooker

She mixed all of that together with one can of tomato and chili, before adding some salt and pepper to give it a kick.

She diced two large chicken breasts and added them to the mixture, which she then left to cook in the crockpot slow cooker.

The savvy homeowner explained how she mixed all of the ingredients together in no particular order in order to obtain the thick and creamy nacho topping.

She added it could be cooked for as little as two to three hours if left on a high temperature and monitored. 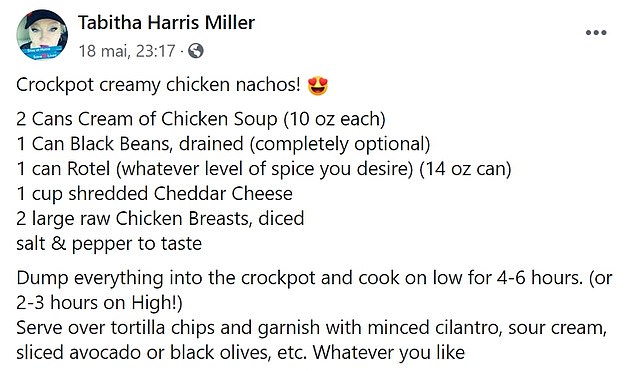 Her recipe was met with enthusiasm after she shared it online, with many saying they would try it with their own slow cookers.

‘This looks delicious!!! Thanks for sharing,’ wrote one, while a second penned: ‘This looks yummy.’

People were delighted after Tabitha shared her recipe, and told how they couldn’t wait to try it at home with their own slow cookers (pictured)