Primark is getting its 153 stores in England ready to reopen on 15 June in line with Government directives.

The retailer said it is awaiting further guidance regarding stores in Northern Ireland, Scotland and Wales but anticipates openings in ‘late June’.

The fast-fashion chain, which is owned by Associated British Foods and has furloughed 68,000 workers across Europe, has already reopened most of its stores on the continent.

It had shut down all its UK stores when lockdown was introduced on 23 March and has seen sales shrink from £650million a month to zero as it has no online business to fall back on. 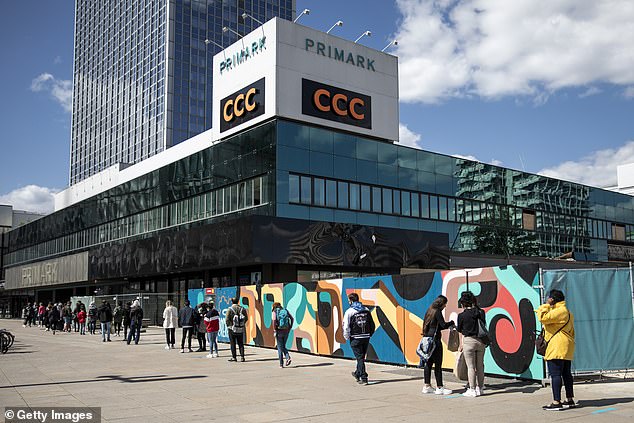 Primark said trading in Europe, where it has already reopened most of its stores, has been ‘encouraging’. (Pictured: people lining up to enter a Primark store in Berlin on May 15)

Primark said its buying team has done a review of its spring-summer stock and has earmarked ‘certain products’ to be held in storage to be sold next summer, ‘without the need for special discounting beyond our normal practices’.

‘We will continue our policy of offering the best everyday low prices and will seek to avoid any markdown on excess stock,’ Primark said.

The company, which has faced criticism over order cancellations with suppliers in Asia, last month said its inventory had reached £1.5billion and that it expected to take a £284million hit from stock languishing in its warehouses.

Primark’s owner ABF also said it is putting in place social distancing protocols and is looking at ways to improve customer flow, especially at checkout, ‘which has already been identified as a bottleneck’.

It is also introducing all the new regular post-Covid features, including hand sanitiser stations, perspex screens at tills and additional cleaning of ‘high frequency touch points’, with staff working wearing masks and gloves.

Trading at its recently reopened stores in Europe has been ‘reassuring and encouraging’, with queues outside most sites.

It has seen strong demand for children’s clothes and pajamas but also summer products like shorts and t-shirts.

Nevertheless, it said cumulative like-for-like sales since reopening have been lower than the same period last year.

It also expects sales to be affected most by social distancing rules in its ‘higher density stores’, which represented 10 to 20 per cent of pre Covid-19 total Primark sales.

The firm added that ‘as long as social distancing is required, we expect it to restrict the capacity of our busiest stores from achieving their aggregate pre-Covid-19 sales’. 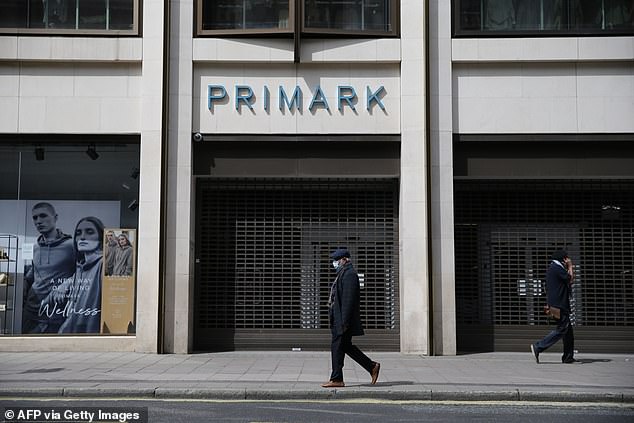 Meanwhile, ABF said operating profits in its grocery business will be ahead of forecasts after stronger sales’ of branded products, although profits in its sugar arm are predicted to slip.

Mark Nelson, an analyst at Killik & Co, says: ‘ABF’s shares have performed poorly as some of its other businesses have offset increasing profits at Primark.

‘Going forward, we continue to believe that the Primark proposition is like few others in the space, and its lack of online presence is understandable given that the low cost of its products makes it extremely difficult to get the ecommerce economics to work.

‘However, we do have concerns about the relevance of the Primark offering in a post-COVID-19 world, in which sustainability may become an increasingly important factor for consumers.’