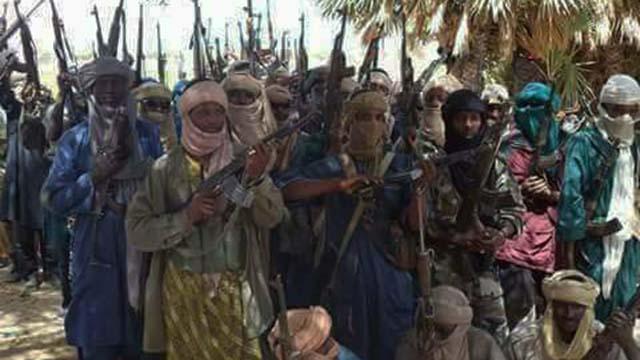 Forty-two people have been killed by bandits in five communities of Faru district in Maradun Local Government Area of Zamfara State.

An indigene of the area, Malam Buba Faru, according to Punch, said the bandits, who were riding over 100 motorcycles on Thursday evening, stormed the communities located few kilometres at the eastern part of Faru town.

Buba said the bandits shot indiscriminately at the people and burnt their houses and food stores.

“They were shooting sporadically at people they came across in the five communities. They also attacked farmers who were in their farmlands cultivating their crops,” Buba said.

“So far, 42 dead bodies have been recovered by the security and volunteer groups in the area.”

Zamfara State Police Command spokesman Mohammed Shehu confirmed the attack. But said that 35 people were killed in the attack on the five communities.

Shehu stated that the police could not reach the affected communities on time when they were informed of the bandits’ attack due to the road network.

He said corpses were taken to Faru town where they were buried.

Shehu said, “the police personnel tried their best to reach the affected communities on receiving the information that the bandits were there but unfortunately they could not reach the places because of the bad roads.

Buba said the victims were expected to be buried on Friday, according to Islamic rites.