When the comrade Adams Oshiomhole- led National Working Committee (NWC) of the ruling All Progressives Congress (APC) was dissolved by the National Executive Committee (NEC) of the party in June 2020, a Caretaker and Extraordinary Convention Planning Committee (CECPC) set up in its place and led by Yobe State governor, Mr. Mai Mala Buni, was given a six-month timeframe to organize a National Convention at which new NWC members would be elected to run the affairs of the party. Elected structures of the party at ward, local government, state and zonal levels of the party were also dissolved and caretaker committees set up to administer the party at all levels. At the expiration of its first six-month mandate, the tenure of the CECPC was extended for another six-month period to enable it conclude its then ongoing membership recruitment and re-registration drive as well as the reconciliation of warring factions in different states, which was part of the committee’s original mandate.

After its presentation of a report of its activities so far to President Muhammadu Buhari at the Presidential Villa, Abuja, on June 25, the CECPC, once again, had its tenure extended but this time indefinitely. Although dates fixed by the committee for the holding of ward, local government and state congresses were approved by the President, no date was fixed for the National Convention and it is only after this has been successfully organized and members of a new NWC elected that the CECPC’s tenure will expire. In approving what amounts to the indefinite extension of the CECPC’s tenure, the President cited the success of the committee’s membership recruitment drive for new members as well as re-registration of old members, the progress made in resolving crises among contending factions of the party in many states and what he saw as a more satisfactory state of the party prior to the constitution of the CECPC to run its affairs.

In the words of the President, “It is gratifying to note that with the coming of the Caretaker Extraordinary Convention Planning Committee and it’s effective management of the affairs of the party and the pursuit of its mandate, the fighter has bounced back to life and the National Secretariat of our party has once again become a beehive of activities as it used to be in the good old days before the crisis”. The question is, has the President not been given an exaggerated impression of the APC’s state of organizational health today as compared to what it was under the dissolved former NWC? In the first place, there was no intra-party crisis under the leadership of Oshiomhole that could not be solved within the framework of the party’s constitution and thus necessitating the extra-constitutional intervention through which the CECPC emerged.

Only a minority of not more than three members of the dissolved NWC were opposed to Oshiomhole’s leadership and so it could not be said to have been confronted with an interminable and intractable crisis that could only be resolved in a manner difficult to distinguish from a coup. As it were, all democratic organs of the APC at all levels today are, to all practical purposes, dead and non-functional. Since the NEC meeting of December 2020 that extended the tenure of the CECPC, for instance, no National Caucus or NEC meeting of the party has held. Democratic organs of the party are also non-functional at ward, local government and state levels.

To his credit, President Buhari, despite being recognized as the leader of the APC by virtue of his office has always shown an aversion for interfering in the affairs of the party preferring, instead, to allow its statutory organs to function normally. With the current situation, however, the President is forced to take decisions for the party that ought to have been arrived at through constitutionally stipulated structures and processes. Thus, currently the APC is prevented from function ing as a democratically run political party and is in no position to help add value to the quality of governance by administrations that rose to power on its platform at the federal and state levels. It is only when crises are resolved and changes effected in accordance with the constitutive and regulative rules of the party can the APC be said to be making genuine organizational progress rather than regressing.

In assessing the performance of the CECPC as well as justifying its establishment and mandate, much emphasis has been put on the reported substantial increase in the size of the party’s membership under its leadership. According to governor Mai Mala Buni, over 40 million members have either registered as new members or revalidated their membership of the APC. But what exactly is the significance of party membership in a political system like ours in which parties are distinct neither ideologically nor in terms of policy orientation? What is it that distinguishes members of the APC, for example, from those of the People’s Democratic Party (PDP)?

It is indeed ironical that the CECPC is actively luring all manner of politicians and public office holders from the PDP into the APC’s fold without any consideration for their commitment to whatever may be the ruling party’s guiding principles or philosophy while making such a big deal of membership among the rank and file of the party. The blunt truth is that party membership is of microscopic significance in Nigerian politics. Indeed, people are routinely induced to register as members especially of dominant parties just to boost the numbers and provide an opportunity for party leaders and big wigs to boast of party size.

At the height of its political dominance, for instance, PDP bigwigs often touted the party as the largest political party in Africa. Now, it is the APC that aspires to that illusory and pretentious title. What really is the use of practically big for nothing parties that have near zero developmental impact on the polity they have a mandate to preside over? Indeed, how are we sure that some people in Nigeria do not carry multiple membership registration cards of different parties to enable them benefit from which of them happens to be in control of state power at the centre or the state’s and thus in a position to dispense patronage? Indeed, what ideological belief or philosophical worldview distinguishes registered party members from non party affiliated members of the public in this country?

With its over 85 million members out of a population of about 1.5 billion people, the Chinese Communist Party is reputed to be one of the largest political parties in the world. But as the party celebrates its 100th anniversary this year, it’s boast and pride is not in its membership size but the phenomenal development it has brought to China in the one party state. Can the same thing be said of the PDP when it was in power at the centre for 16 years or of the APC in the last six years? It is unlikely.

Again, it would appear that one of the criteria for President Buhari and members of the CECPC’s high rating of the committee’s work so far is the high rate of defections of governors and other leading members particularly from the main opposition party, the PDP, to the APC in recent times. It will be delusional for anyone to think that these defections are due to any superlative performance in governance or demonstration of organizational superiority by the ruling party. Rather, political vagrancy by members of other parties gravitating to parties in control of state power either at the centre or the sub national units of government have always been a cardinal feature of Nigerian politics. One would have thought that helping to bring about an end to this opportunistic, irresponsible and decadent political culture should have been part of the promised change in the polity that the APC promised to actualize and which partly helped propel it to power in 2015. It is most embarrassing that the party now feels comfortable luring and accepting into its fold the same individuals of the opposition party  that it had discredited and indicted for non-performance in its campaign to dislodge the PDP in 2015.

Another claim for which the CECPC has received the approbation of the President is its reported success in resolving intra-party crises and reconciling aggrieved persons and tendencies within the party. The committee may indeed have made some commendable impact in this regard. However, the point is that, given the way it was hurriedly cobbled together as an election winning machine in 2013 to dislodge the then ruling PDP from power at the centre, it is only natural that it would take time for the legacy parties that formed the APC to evolve into a cohesive and coherent organization philosophically and ideologically. The perceived ongoing attempt at a brazen power grab to enable one of the legacy parties to become dominant at the expense of the others can only, however, have destabilizing implications for the APC in the long run.

Again, despite what may be the best efforts of the CECPC, the party still faces severe crises and fractures in a number of states such as Imo, Kwara, Ekiti, Ogun and Rivers.The defections of  PDP governors and other prominent members to the APC in some states will also likely generate unanticipated crises over leadership and control of party structures. Indeed, continuous intra-party contestation for influence and control by various fractions and tendencies within political parties is an inevitable part of the democratic process. It is impossible to permanently eliminate and impose the superficial and deceptive peace of the graveyard on any political party. The important thing is to ensure strict and equitable adherence to stipulated constitutional principles and processes in the mediation and resolution of such conflicts, which are an inevitable feature of political life. 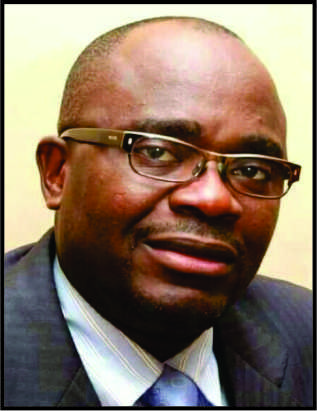 His mind is a boiling cauldron, ever restless and bubbling with creative and original ideas, concepts and thoughts that he churns out with amazing ease and infectious enthusuasm. Listening to him articulate his positions either in support of or opposition to various memos and policy proposals as a member of the Lagos State Executive Council during the governor Babatunde Raji Fashola administration between 2007 and 2015 with considerable verve and gusto showed a man with a scientific cast of mind, soundness of logic and mastery of facts and figures that are obviously a function of careful preparation and disciplined attention to detail. I refer to none other than Dr Kayode Opeifa,  Special Adviser and later Commissioner for Transportation in the Lagos State government for eight years.

This former student union leader, anti-military and pro-democracy activist, award winning sportsman, accomplished administrator as well as passionate progressive welfarist has just completed a Doctoral programme in Transport and Logistics from the Lagos State University (LASU). His thesis investigated the effects of mobility on poverty alleviation and sustainable development in Lagos State with particular focus on the nature and strength of the relationship between sustainable transport/mobility and poverty alleviation in the megacity. A man of admirable versatility, Opeifa obtained a B.Sc degree in Biochemistry with a Second Class (Hons) Upper Division from the University of Ilorin in 1986 and an M.Sc degree in Biochemistry from the University of Lagos, College of Medicine, specializing in Intermediary Metabolism and Toxicology in 1988.

Opeifa knows the transportation terrain of Lagos State like the back of his hand and he is even more astute and accomplished as a formidable political analyst and strategist. To a friend, brother, ideological soul mate and regular intellectual sparring partner,  I say a hearty congratulations. Surely, the best is yet to come and more glorious accomplishments lie ahead of you by His grace.