Thugs numbering over 500 were said to have attempted to invade polling booths at Mulero to disrupt the Local Government Election, snatch ballot boxes and kidnap the officials.

Their move was however prevented by Commissioner of Police (CP) Hakeem Odumosu whose election security convoy arrived the location at the nick of time with water cannon, armed operatives and ordered that adjoining streets be cordoned off.

One of the suspected thugs was said to have been arrested.

Prior to the arrival of the security convoy, it was gathered that the hoodlums had scared electorates and officials with violent confrontations between factions that left shattered bottles on the ground.

People were said to have fled the polling areas while electoral officials were apprehensive.

The Nation gathered the police chief also ordered people who had no business being in the polling area to vacate while he stayed back with his men till votes were counted and ensured the electoral officials were escorted to the collation centre in a police van with armed operatives.

Addressing journalists at the scene, Odumosu said they received information about alleged attempts by some people to snatch ballot boxes, falsify results and kidnap officials. 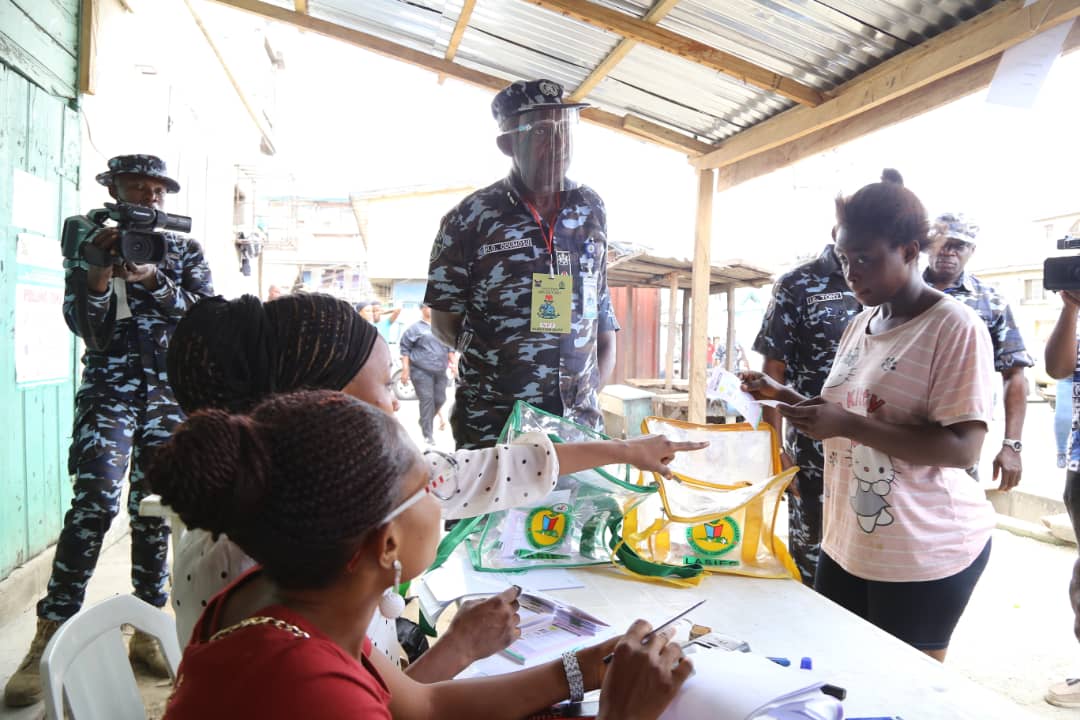 “There are two major parties here – AYPP and APC. On reaching here, the people said they want to protect their votes. But protecting their votes with such mammoth crowd was creating another tension within the locality.

“That was why we asked all of them to go while only party agents should wait and we stayed with them to count the votes.

“The policemen were outnumbered. Despite the fact that they were armed, they comported themselves. They only called for reinforcement that they’ve been overwhelmed and that is why we are here. When we got here we saw almost 2000 people.

“We spoke to them in the spirit of democracy and they all left. That is why there has not been problem.”