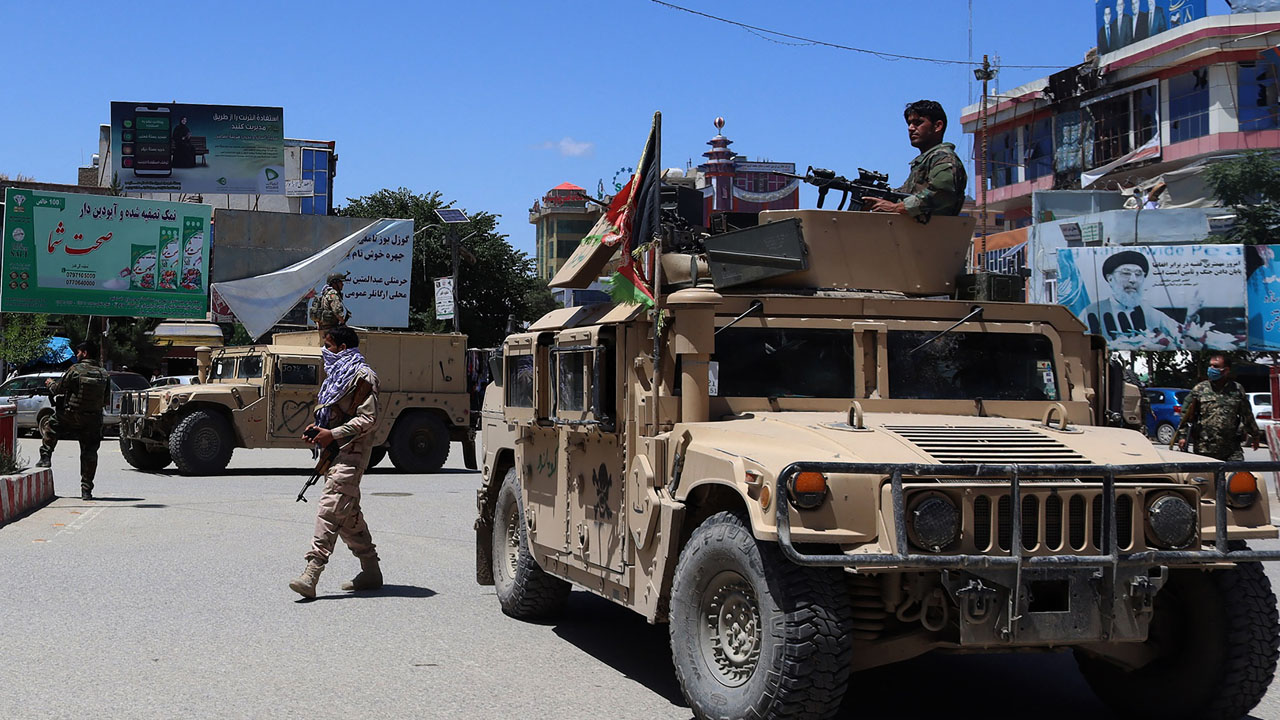 (FILES) In this file photo Afghan security forces sit in a Humvee vehicle amid ongoing fighting between Taliban militants and Afghan security forces in Kunduz on May 19, 2020. – The Afghan government faces an “existential crisis” after the Taliban doubled their attacks following the February 2020 US deal with the insurgents, a watchdog report said on July 29, 2021. The report said Taliban attacks on Afghan targets surged from 6,700 in the three months up to the Doha agreement to 13,242 in the September-November 2020 period. (Photo by STR / AFP)

Afghan and Taliban forces clashed again on the outskirts of Herat Saturday, a day after a police guard was killed when a United Nations compound in the western city came under attack.

Violence has surged across the country since early May, when the Taliban launched a sweeping offensive as US-led foreign forces began a final withdrawal that is now almost complete.

The militants have seized scores of districts across Afghanistan, including in Herat province, where the group has also captured two border crossings adjoining Iran and Turkmenistan.

Officials and residents reported renewed fighting on the outskirts of Herat Saturday, with hundreds fleeing their homes to seek shelter closer to the heart of the city.

Herat governor Abdul Saboor Qani said most of the fighting was in Injil and Guzara district — where the airport is located.

“At the moment the fighting is ongoing in the south and southeast. We are moving cautiously and to avoid civilian casualties,” Qani said.

During fighting Friday, the main Herat compound of the United Nations Assistance Mission in Afghanistan came under attack from rocket-propelled grenades and gunfire that the UN blamed on anti-government elements.

The militants say they will not target foreign diplomats, but have blatantly violated international protocol before.

Afghan forces and militiamen of veteran warlord and anti-Taliban commander Ismail Khan have been deployed around the city of 600,000 in recent days.

Khan, who previously fought the Soviet occupation forces in the 1980s and then the Taliban during their hardline regime in the 1990s, has vowed to fight the insurgents again to counter their staggering advances in recent months.