A suspected wizard has been captured in Benin City, Edo state after he was trapped in a house while returning from his night mission. 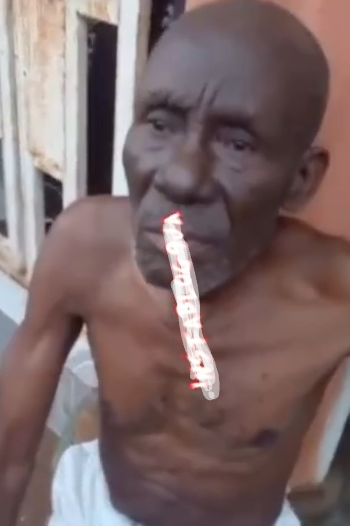 A video making the rounds online has shown the scene where the elderly man who’s said to be the wizard, was being quizzed by residents over his actual identity in Benin.

Eyewitness reports have it that, the wizard was found trapped in a compound in Upper Sakponba road, Benin City on the morning of Friday while flying back to his village from his meeting point in Edo state when he fell down, obviously from the skies.

Watch the video below: