The mother of the Nigerian actress was accused by Nigerians of killing Momodu Ibrahim, a student of the University of Benin (UNIBEN) in May 2013.

Nigerians in their reactions called on President Muhammadu Buhari-led government and the Nigeria Police to arrest and investigate Carol.

Twitter users as at 9:00 am on Saturday have posted more than 55,000 contents about the senior police operative, they vowed to start an online petition to get signatories to demand her prosecution.

The call started when Lilian released a video on End SARS protests, she had condemned those who called her names for wearing a “seductive” outfit to rally ground in Lekki, a highbrow area of Lagos.

The Nollywood actress in the video stated that appearance doesn’t matter but the motive.

Nigerians who were not moved by her words recalled how Lilian’s mother, Carol allegedly executed a citizen seven years ago.

She explained that the police officer, Amadin Idahosa, who shot the deceased is currently serving his jail at Oko prison in Benin after being sentenced to life improvement by Justice R. Irele-Ifijeh.

The Nollywood actress wrote: “My spirit will not be dampened by the death threats and cyberbullying.

“I am a Nigerian youth and we deserve a better Nigeria and I will continually fight until it is fixed.

“As per my mother being dragged for murder, to the best of my knowledge my mother who is now retired did not kill anyone.

“The police officer, Amadin Idahosa that was attached to my mother’s station who killed the suspect was sentenced to life imprisonment by Justice R.Irele -Ifijeh of the High court of Justice Edo state in charge No: B/CD/24C/2014

“He is currently serving his jail term at Oko prison, Benin although he has appealed the matter up to Supreme Court,” she said.

#EndSARS: “Soldiers arrested me on my way to buy food stuffs” – Mother of four cries out (Video) 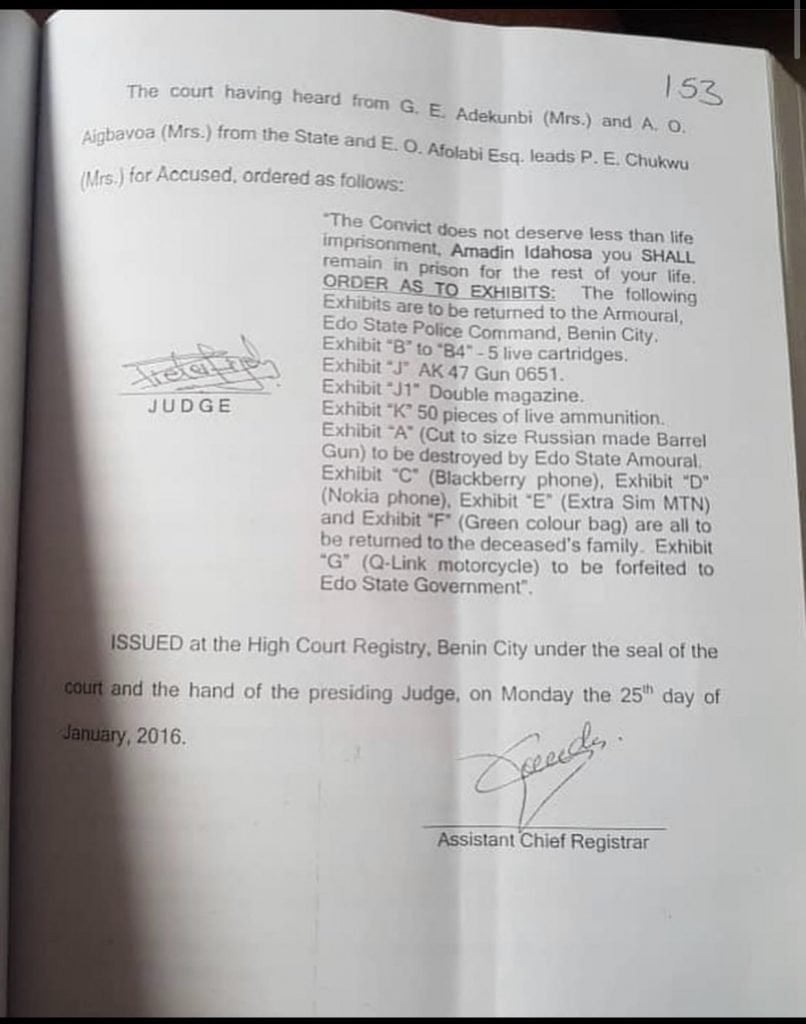