Deji Adeyanju took to his Facebook page and wrote: “Charles Soludo that raised N2bn to build a hospital for his later mother in 2008 but never did, now wants to be Anambra Governor.

“Same guy told us Buhari is the best thing after Jesus Christ in 2015. He never criticized Buhari for once for all the crimes against humanity committed against his fellow Igbo brothers but has suddenly joined APGA-the Biafran party.

“From PDP to APC, now APGA. Always jumping up and down like a monkey. As CBN Gov, this guy didn’t employ one person from his state but he’s suddenly Pro-Igbo. I don’t blame Soludo, it’s those that rate him I blame. He lacks character.” 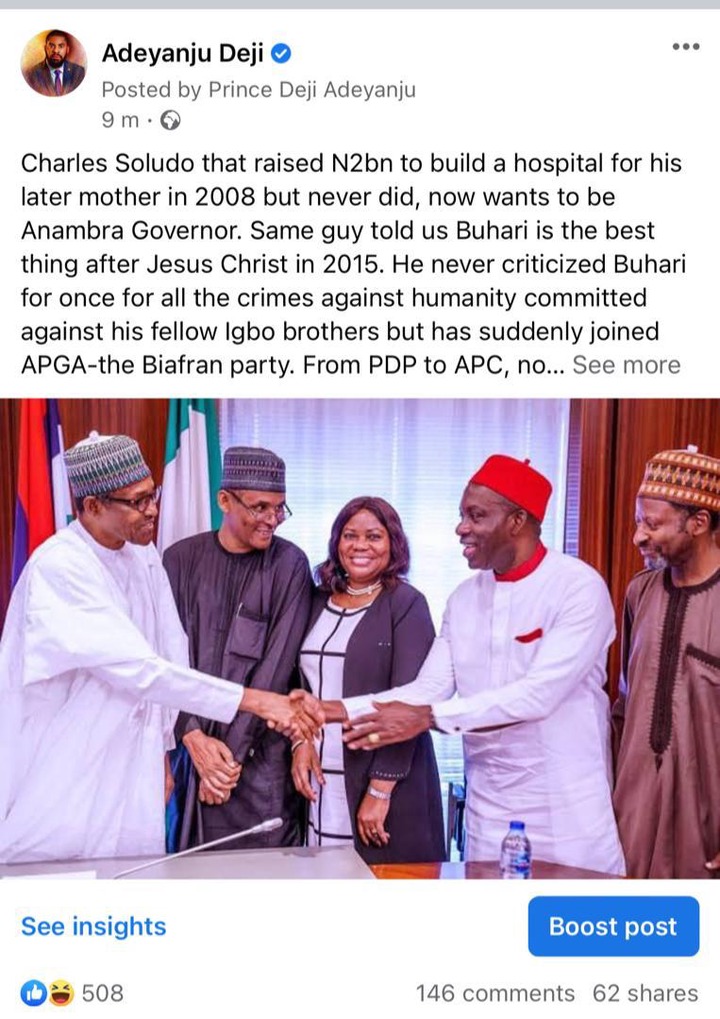