A young man identified as Lola Okunrin has taken to his Twitter handle to narrate an ordeal he witnessed in Anthony Bus stop Lagos State.

According to him, a young lady had an argument with a bus conductor probably money issue but instead of comporting herself she raised her food flask and hit the conductor several times. The enraged conductor upon retaliation landed her countless slaps like someone who steals in Computer Village. 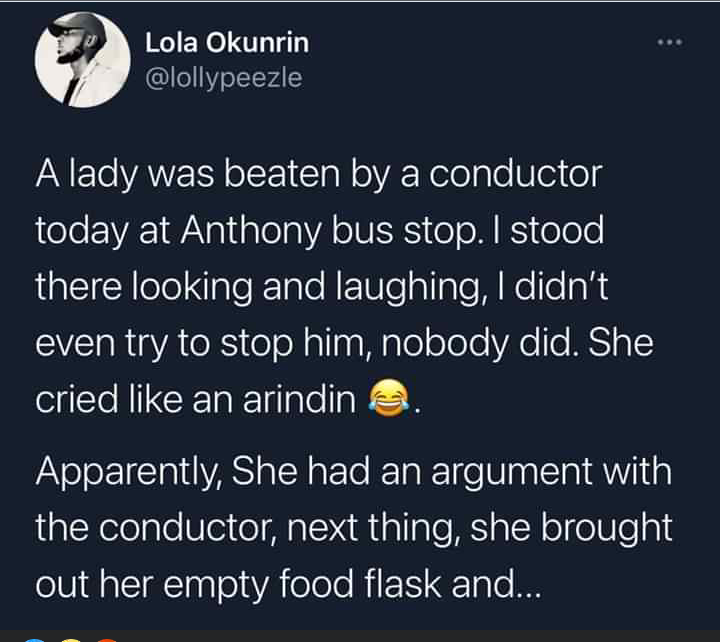 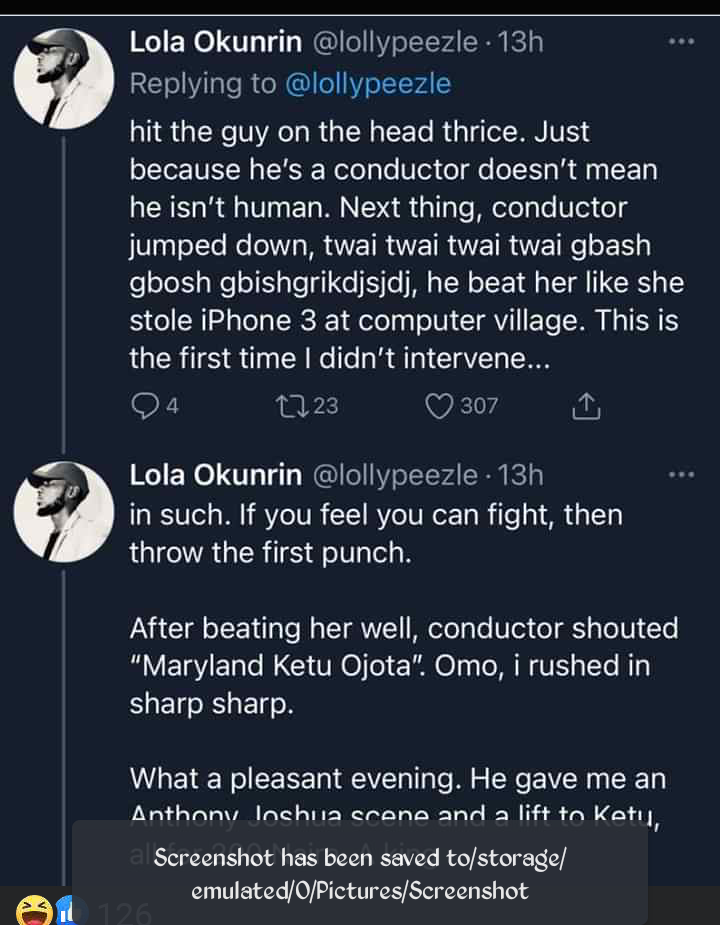 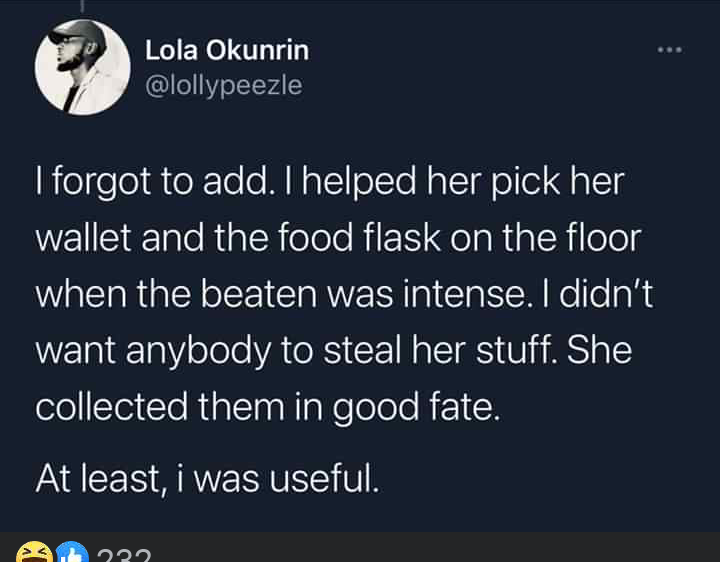 Throughout the beating duration, none of the passengers in the bus intervened. This should serve as a lesson to all the young girls in our society.