A dad, Jonathon Pisani, will be spending Christmas in prison after he admitted to having sex with a woman, Kate Jackson in a town center pavement in broad daylight.

The couple got intimate after chatting and sharing a bottle of cider, the Manchester Evening News reports.

The police were called to the crime scene after a member of the public mistakenly believed Jackson was being raped but CCTV later showed the pair kissing passionately outside a nightclub.

Pisani, has now been jailed for 11 weeks at Manchester Crown Court for outraging public decency.

Meanwhile Jackson was fined and made subject to a 12-month community order after she pled guilty to the same charge of public indecency when she appeared before magistrates in Tameside last month.

The judge called the offence “appalling” as a court heard the pair were lying on the pavement cuddling each other before Jackson pulled him on top of her to begin having sex as shoppers walked past.

Prosecutor Gareth Hughes said: “Both accept it and have pleaded guilty. ”

Pisani’s lawyer Ian Ridgway said: “If you are not willing to impose a community order then I ask for any sentence to be suspended.

“He has mental health issues and is trying to get treatment from his doctor.

“He is living with his daughter and has his benefits paid to his daughter’s account. He has been in contact with the probation service and has been working positively with them to get his life back on track.”

But District Judge Bernard Begley said: “Members of the public were going about their daily business.

“One of them drew this offence to the attention of police as they thought your co-accused was being raped.

Pisani was also ordered to pay £213 in costs and surcharges. 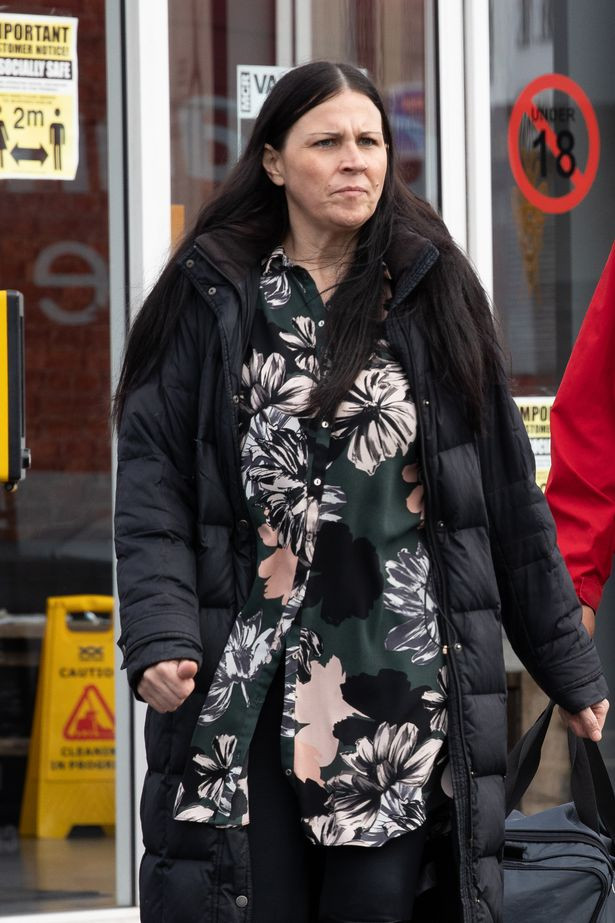 Jackson’s lawyer, Christopher Squibbs said: “She was waiting outside and then struck up a conversation with a male and after being offered White Storm cider, her recollection then becomes particularly hazy.

“She has medication for bipolar and personality disorder and taking particularly strong alcohol is likely to have led to this situation happening and it’s highly embarrassing for her.”