A man has lost one of his eyes after armed bandits shot him during a kidnap attempt in Kaduna.

According to Dr. Auwal Mustapha Imam, who visited the victim on Sunday, December 13, the bandits attemped to abduct his friend at Kwanar Farakwai along Kaduna-Zaria road but he resisted. The gunmen fired several bullets and one hit his left eye.

“We have today visited our friend that was shot at one of his eyes by bandits terrorising Kaduna-Zaria villages. The bandits attempted to abduct him at Kwanar Farakwai, but he resisted them. As a result, they fired several bullets and one brushed his eye. He has now lost one of his eye.” said Imam. 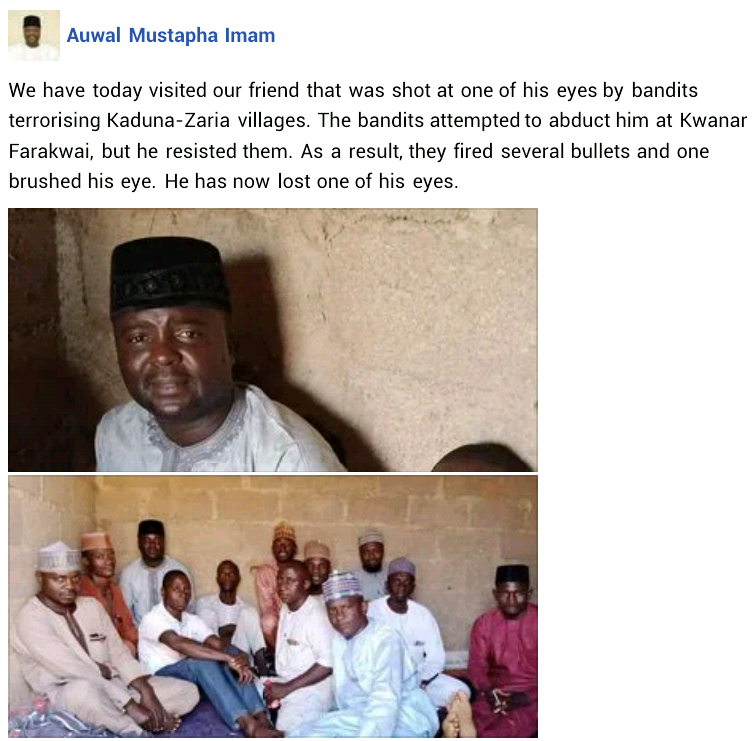